Kantha or “kontha” is derived from a Sanskrit word, which means rags. It is traditionally used to make simple quilts, blankets, for infants and covers of household accessories. Kantha quilt, or throw is unique in its colour and design. Each one is made from recycled saris stitched together with a running stitch called kantha. Women in West Bengal used their old saris and layered them with a kantha stitch to make a blanket, throw or bedspread. 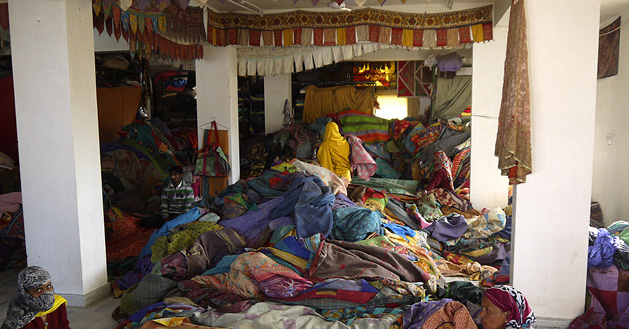 Kantha quilting has great history and has been mentioned in books written 500 years ago. Krishnadas Kaviraj, an eminent epic poet of Bengal mentioned it in his work, “Sri Sri Chaitanya Charitamrita”. 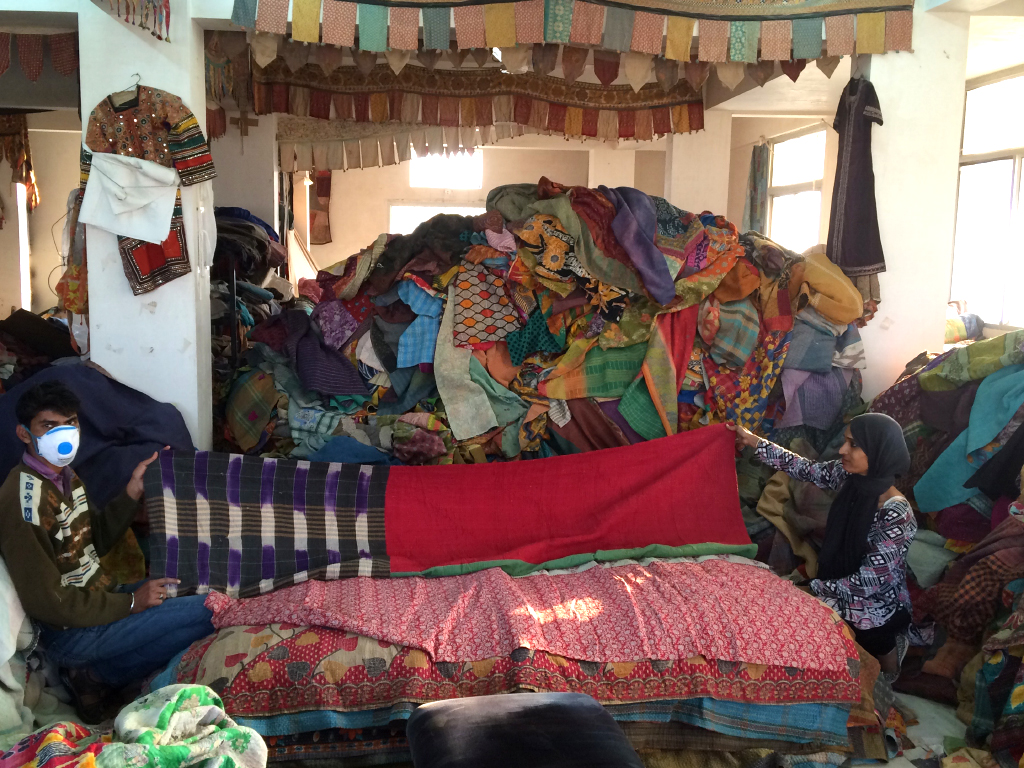 The roots go back to the times of Gautama Buddha who used to cover himself with garments made from discarded rags that were patched and sewn together, to those displayed in shrines shoves away the evil spirit; it has earned a permanent place and value in the artistic tradition of Bengal.

Its origins lie in Bangladesh but has subsequently spread over India with its intricate patterns. Also known as “Nakshikantha” this is one of the oldest forms of handicrafts practiced in India. 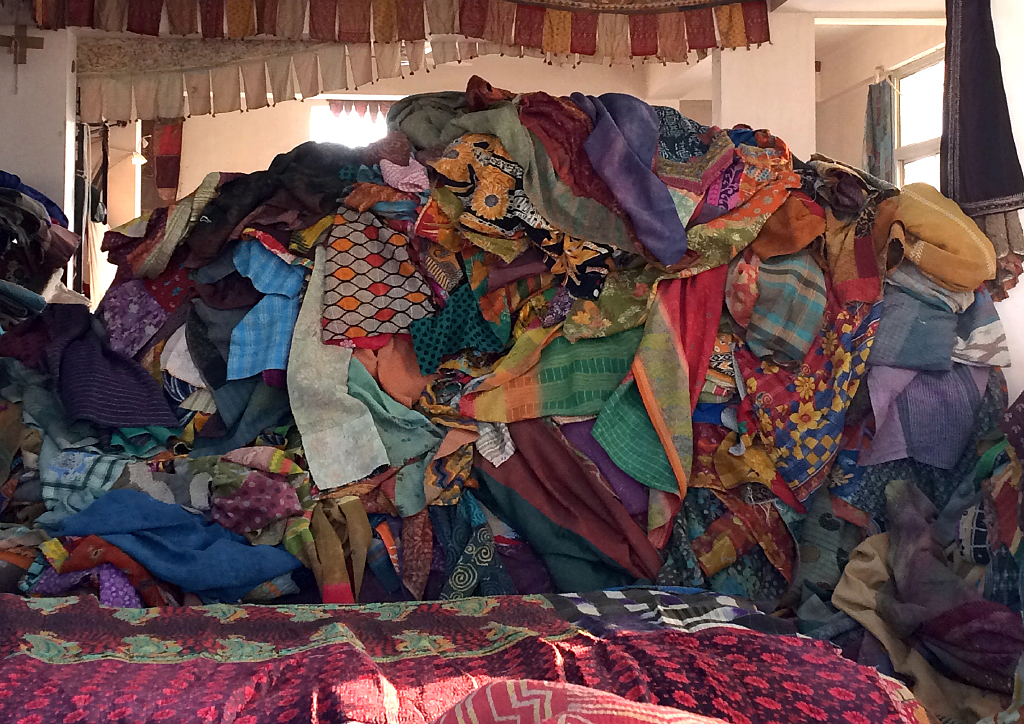 There are seven types of kantha quilt that can be found in West Bengal and this unique form of running stitch is the simplest as well as the oldest form of quilt that were designed in India. 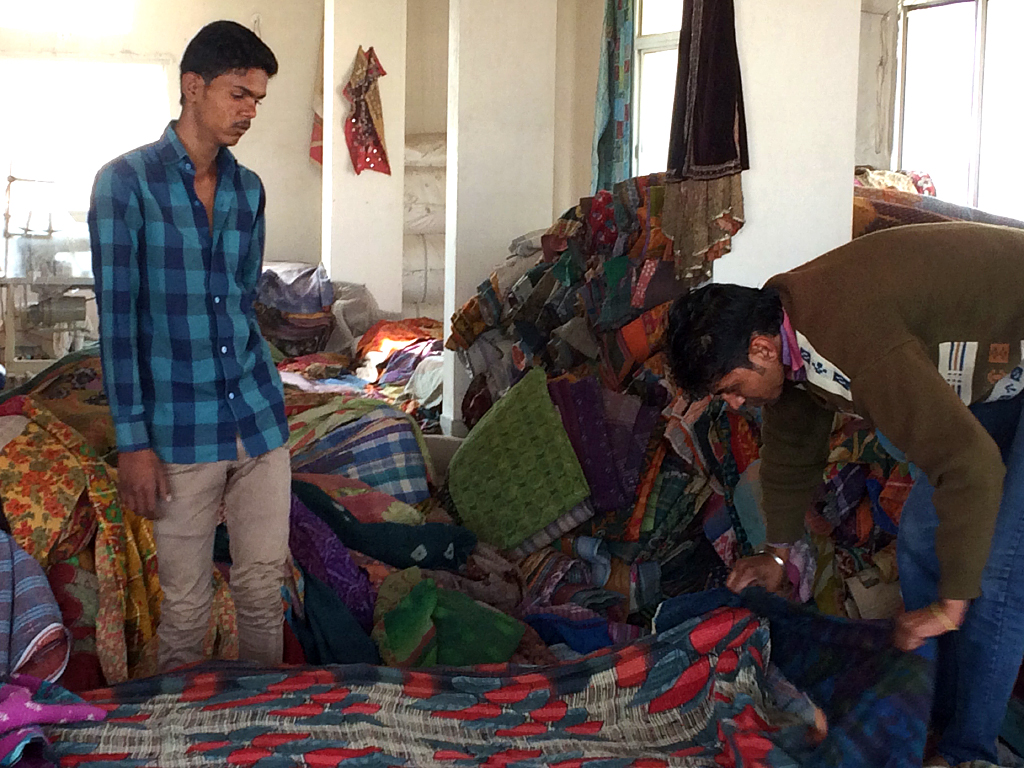 The worn out, discarded cotton sarees or other pieces of cloth are piled one over the other. They are then layered on the ground and smoothed to avoid any fold or crease in between. Once complete it is decorated with intricate designs. The patterns are first drawn on the cloth and the border is outlined with running stitches. The designs are then filled in the central motif is first completed and then followed by the corner designs. The designs are mainly made with threads of vibrant colour as the background often remains dull. Stitching the design on the kantha is a laborious task and is one of the reasons for the high price of good vintage kantha quilts. 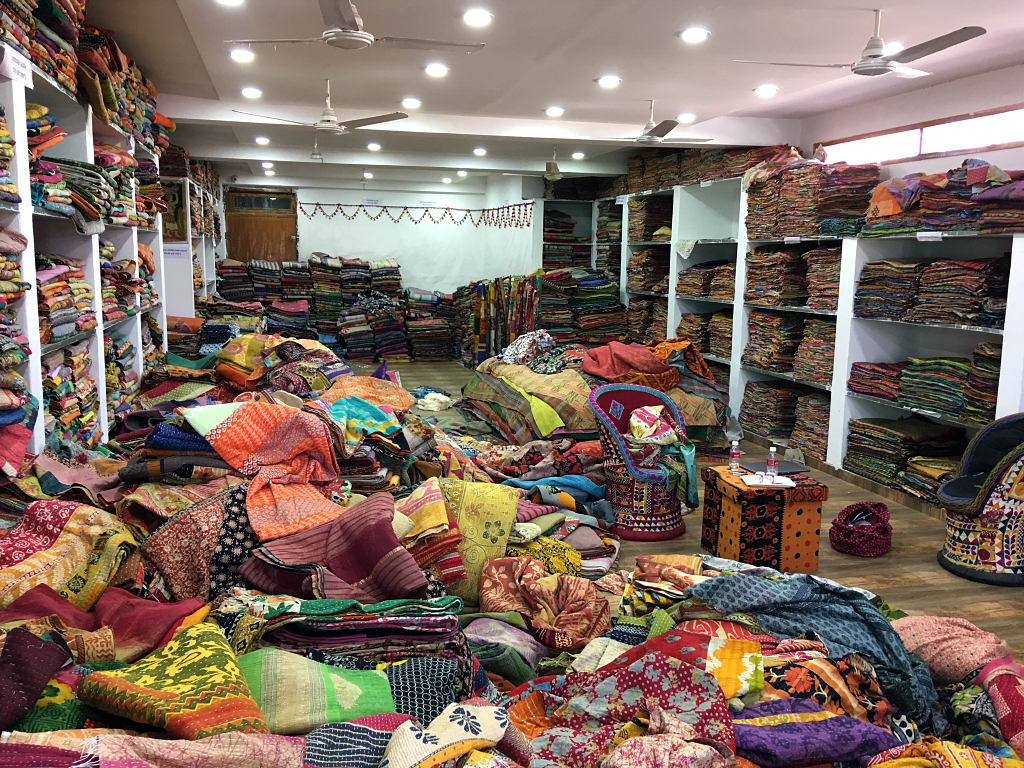 Before the advent of the industrial revolution, when cloth was not as abundant as it is now, the recycling of old and used textiles was a common tradition in many cultures across the world, and especially in the Indian subcontinent. The North Indian ‘gudri’, the Pakistani ‘ralli’ and the ‘kantha’ from Bihar, West Bengal and Bangladesh, are examples of this tradition 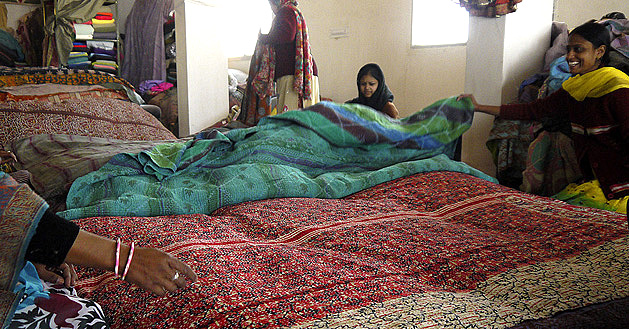 In Bengal, kantha was a typical spare time activity of rural women. Layers of old cloth – usually saris – were stitched together, with intricate and elaborate stitches. The layering and stitching together significantly extended the life of the cloths and made a durable and warm textile appropriate for bedding or cover. The thread used for the stitches was usually pulled out of the sari itself. The meticulous artistry that was then applied transformed the worn-out rags into extraordinarily beautiful riches. Numerous kantha traditions abound in Bengal. The Muslim kantha tradition is characterised by the intricate geometry of the design and the near absence of figurative motifs. 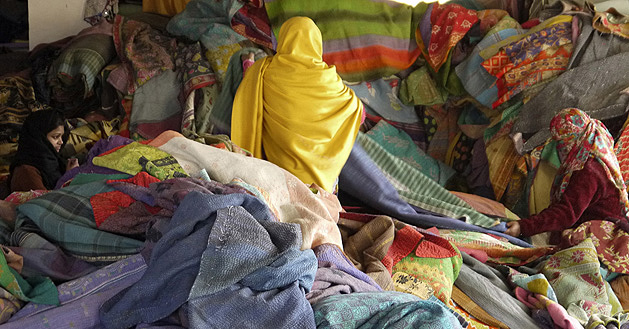 Kanthas were, and continue to be an integral part of the cycle of village life. Kanthas of the softest old cloths are made to wrap the newborn, they are offered during ritual and festive occasions, often as covers to protect precious objects, kanthas are used as coverlets for cool weather, and at marriage every girl receives a kantha that her mother would have worked on over many years. Kantha is there also at the end of a life, to cover the dead body. 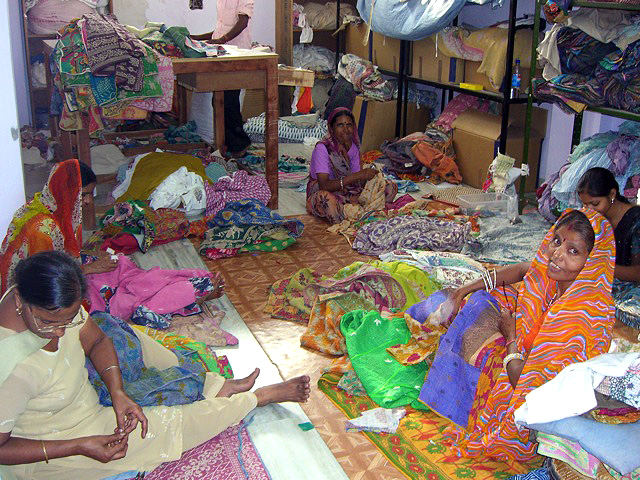 In recent years, increasing awareness and appreciation of the craft have led to an incredible growth of demand for kantha textiles. A traditional leisure pastime has been given new life and become an income generating activity, supporting the livelihoods of thousands of women. Stepping out from their homes into the world with their skills and hard work, the lives of the women have been radically transformed, their dignity and self worth vastly enhanced, by kantha.